Psychologists use the term to refer to a specific type of manipulation where the manipulator is trying to get someone else or a group of people to question their own reality, memory or perceptions.

Some are claiming that it was demonstrated by the Prime Minister this week when talking about the social care sector and its response to the Coronavirus epidemic.

Boris Johnson said during an interview: “We discovered too many care homes didn’t really follow the procedures in the way that they could have, but we’re learning lessons the whole time.”

The latest figures suggest that one in 20 care home residents may have died in the pandemic.

Those closer to the sector feel there were two key reasons why the sector suffered high death rates, and neither had anything to do with procedural mistakes within care homes.

Firstly, at the start of the pandemic, hospitals were encouraged by the Government to make room on their wards by discharging large numbers of existing patients.

None of these people were tested for Covid-19, and many of them went back to social care settings. It is believed that those with asymptomatic or mild symptoms of Covid-19 spread the disease in those environments.

Social care was forced to do the best it could – in difficult circumstances.

In many ways care providers are better at infection control than the NHS. They have advanced protocols and are well prepared for containing the spread of infections, such as flu and C difficile.

But, the way in which people were catapulted back into care from health settings and the challenges care homes and home care agencies faced in resourcing the appropriate staffing numbers and protective equipment took its toll.

Remember, this is a sector that was already reeling from 10 years of underfunding and is largely delivered by a minimum wage workforce.

Number 10 has of course backtracked on the Prime Minister’s comments.

Downing Street now claims that he was highlighting the fact that no one had known during the early stages of the outbreak what the right procedures were.

Urged by Sir Kier Starmer to apologise during PMQs, Johnson said: “He keeps saying that I blamed or tried to blame care workers and that is simply not the case. The reality is we now know things about how the coronavirus is passed, person to person, without symptoms, that we just didn’t know.”

Cynics might say that the seed of doubt has now been planted in the voting public’s mind regardless i.e. the gaslight has been turned on and social care is to be blamed for its high death rates.

Supporters of the Prime Minister would say that’s rubbish – this is just another example of misinterpretation and overreaction.

You’ll have to make your own mind up.

One thing is for sure, this is not the time to try to shift blame. We have to learn the lessons from phase one of Coronavirus, and be ready for phase two – which is likely to hit later in the year in tandem with winter flu.

The Public Accounts Committee recently warned that the Government does not yet have a clear strategy to acquire and distribute the PPE required to protect clinical and care workers in a second wave.

As Parliament’s spending watchdog, it is insisting that ministers return after the summer break with a detailed explanation of how they plan to stock the NHS and care sector with gowns, masks, eye protection and gloves.

During a bleak time during lockdown, there appeared to be a silver lining in the political and public recognition social care received for its heroic work.

The sector dared to dream of a better resourced future.

This episode, however, suggests the fight is far from won and the sector is going to have to redouble its efforts to gain greater recognition.

Click here to sign up to The Care Summer Series to hear what the sector needs to thrive rather than just survive. 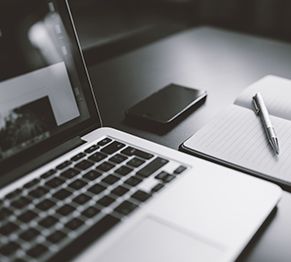